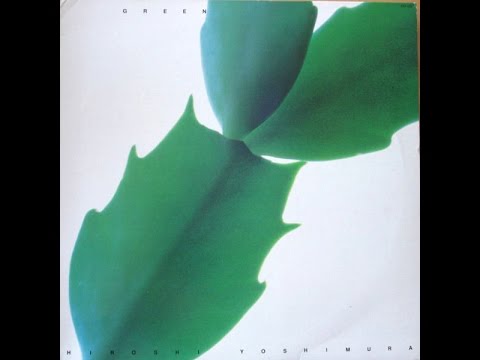 Hiroshi Yoshimura "GREEN" (1986)
Another long out of print album. This one I believe is the only album of Yoshimura's to be released in the USA.
All compositions and instruments are by Hiroshi Yoshimura, recorded at his home studio and released in 1986.
Sadly, I just recently learned that Mr. Yoshimura passed away at the age of only 63 back in 2003.
Yoshimura's recorded output is very limited and it appears to all be out of print, much of it never even making it onto compact disc.

I have created a folder which gathers material from other of Yoshimura's albums that were spread out in various places all over YouTube if you would like to hear more:
www.youtube.com/playlist?list=PLIh8pUIWeE65nckYDkSZM3AltPHp0d71A

This version is the limited edition remixed version of the album, with added sound effects, which was released on CD in the US.

Hiroshi Yoshimura (Japanese: 吉村弘; 22 October 1940 – 23 October 2003) was a Japanese musician and composer. He is considered a pioneer of ambient music in Japan.
Graduated from Waseda University, later a faculty member. Started the computer music group "Anonyme" in 1972. In addition to the activities of solo performance and improvisational music, made music production for galleries, museums, building space, train stations. Was at the forefront of environmental music
Died in 2003.